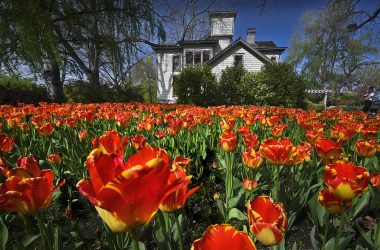 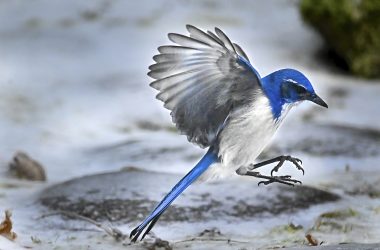 PHOTOS: Salem’s birds get their slide on

PHOTOS: A day of play for Salem canines

Photographer Ron Cooper captured a day at one of the city’s most popular parks for a few playful canines. 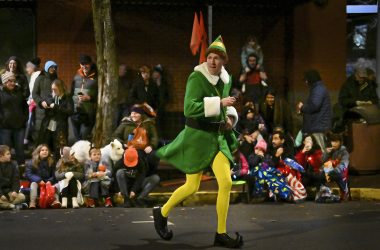 The brief but colorful event drew a crowd to the city’s core, lining the streets as marching bands, city councilors and multiple Santas paraded by. 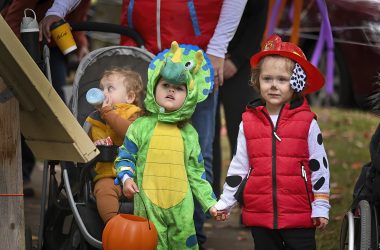 PHOTOS: Salem gets in the Halloween spirit

From Gilbert House to Willamette Heritage Center, kids had multiple opportunities to show off their costume and gather treats over the weekend. 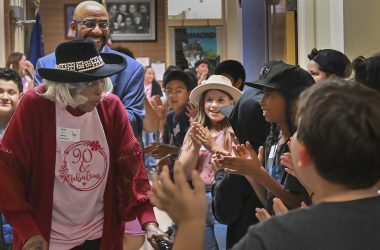 Retired educator Geraldine Hammond got a warm welcome at the elementary school bearing her name for a special birthday celebration Wednesday. 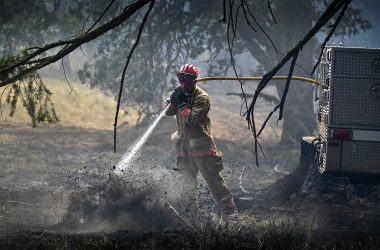 Fire officials are investigating the cause of the Vitae Springs Fire, honing in on a field mowing operation underway on Friday, Sept. 9. 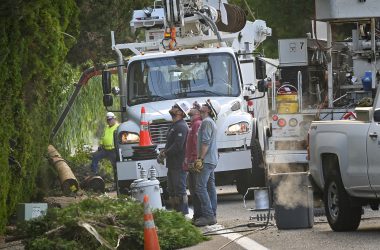 A fallen oak tree branch left about 2,400 customers without power Monday night in west Salem, with outages and road detours continuing into Tuesday for some as crews made repairs.  Salem Electric Member Services Manager Jacob Knudsen said the outage, which occurred just after 10 p.m., was caused by a[Read More…] 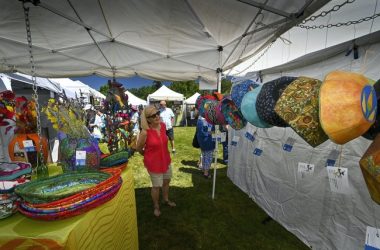 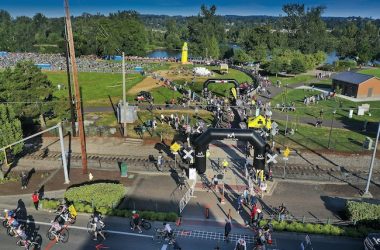 After finishing an early morning swim, athletes in the July 10 Ironman triathlon grabbed their bicycles and left Riverfront Park on a 56 mile bicycle ride. (Ron Cooper/Salem Reporter) Salem’s second Ironman triathlon drew an estimated 9,000 people to the city over the weekend, including 2,500 competitors who braved a[Read More…]