Every year, volunteers in the Salem area come together for the Point-In-Time count, a nationwide effort to survey all people who are homeless.

But while the county, considered the federal government’s census of this disadvantaged group, has plenty of volunteers in outlying Marion and Polk counties, it is lacking people to count Salem’s homeless population on Tuesday, Jan. 24, Wednesday, Jan. 25, and on Saturday, Jan. 28.

“We could use some in Salem,” Lisa Trauernicht, consultant for the Mid-Willamette Valley Homeless Alliance. “It’s not a problem. It just would be better to have more people canvassing the area.”

Volunteers can still sign up for the counts on Wednesday or Saturday.

She attributed the lack of volunteers to simple matters.

“It’s probably difficult for people during the week to get time off,” Trauernicht said.

She declined to specify how many more volunteers were needed, but according to data available to her, 200-plus people have already registered.

The Point-In-Time Count, organized by the U.S. Department of Housing and Urban Development, not only accounts for homeless populations, but is the mechanism that triggers funding for federal programs the Salem area needs.

“A lot of our local homeless services programs rely on HUD funding — shelters and some of the different outreach programs,” Trauernicht said. “The way that HUD knows what our needs are, is through this count.

Gretchen Bennett, Salem city’s liaison on homelessness issues and a count volunteer, echoed Trauernicht’s comment on the importance of the count to securing federal HUD funding.

During the count, volunteers like Bennett spend several days, in pairs of two, equipped with warm clothing and a mobile app, called Counting Us, conducting the survey..

“It’s certainly their choice if they would be willing to be surveyed,” Bennett said.

Some of the questions, 21 in all, are about a person’s demographics. how long they’ve been homeless, where they stay, if they’re a veteran, do they acknowledge an addiction or a disability.

“Meaningful” is how Bennett describes her interactions with the homeless.

“People are so generous sharing about their lives and circumstances with me — I learn every year,” she said. “I’m grateful to participate.”

Bennett believes “things will go well” during the 2023 count.

“I am prepared to greet my volunteers on Tuesday morning, make sure they’ve been oriented and have all of their questions answered,” she said.

Bennett encouraged potential volunteers to sign up by calling it “an amazing opportunity” to not only learn about the homeless population and help, but to play a role in bringing more federal programs to Salem.

“Don’t be shy. Don’t feel you need to have particular training because training is provided,” Bennett said.

Trauernicht believes the count “puts a face to what … it’s really like for people living unsheltered.”

She cautioned that anyone who has not signed up for PIT probably should not count the very day they decide to join — that is because training needs to take place. Training includes watching a short video. Instead, Trauernicht recommends people sign up to volunteer the following day of their decision.

For more information on volunteering for the PIT count, go to https://mwvhomelessalliance.org/point-in-time-pit-count/ 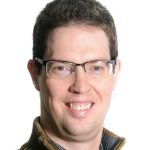