NYSSA – The money pit has deepened at the Treasure Valley Reload Center north of Nyssa.

Project managers disclosed last week that converting farmland into an industrial site will take an extra $1.2 million that was not in their budget.

They aren’t answering questions about where that money will come from to pay the contractor’s expected charges.

And there are other money problems.

The Malheur County Development Corp., the public company developing the project, recently opened bids to put in gravel streets for the project. But it doesn’t have money to cover the $1.1 million price.

And that gravel work may be needed if contractors are lined up to start work on the warehouse, pouring concrete floors and slabs soon. But without gravel, the roads may not hold the concrete trucks headed into the site, the board of the development company has been told.

The string of challenging disclosures came at a time when the project leaders otherwise had reason to celebrate. Legislators just days earlier approved an emergency grant of $3 million to launch construction of the warehouse where packaged onions will be shifted from trucks to rail cars.

• State Sen. Lynn Findley’s claims to legislators that $3 million in emergency funding would finish the project were again undercut as not true.

• Project manager Greg Smith said legislative analysts wanted to see an even bigger request for state money made to the Legislature next year, a claim not supported by the record.

• The board pushed ahead with a plan to skip the state bidding process to directly retain a Washington state contractor to put in the foundation for the reload center complex.

“It won’t have anything in it and it won’t be equipped. The building will be empty.”

Word of the latest cost challenges came in a report on Wednesday, Sept. 28, to the board of the development company. Brad Baird is president of Anderson Perry & Associates, the engineering firm overseeing construction.

Two months ago, he said the final cost would be $10.6 million to ready farmland for rail spurs, a warehouse and roads.

A month later, he revised that to $12.5 million, telling board members he had insisted to his team that the number had to be nailed down.

Now, he has had to revise the number again, this time to $13.7 million.

“It keeps growing,” Baird said. “We’ve got to accurately figure out where we’re at.”

In a written report to the board, Baird called for “a thorough budget review at this time prior to awarding any additional work.”

During last week’s meeting, he told the directors he needed to meet soon with Greg Smith, project manager “just to make sure we’re not going to get sideways or behind on costs.”

But his most recent budget, done in August, showed project officials spending all the $26 million from the original state grant – getting to zero with a groundwork cost of $12.5 million.

Baird and Smith didn’t respond to telephone messages or written questions last week about how they would cover the unexpected $1.2 million. Baird also didn’t respond to excerpts of this story provided to him to review for accuracy.

Grant Kitamura, development company president, said Friday he believed the cost would be covered by funding in the budget for streets. However, the most recent cost estimate showed only $100,000 for “roads/util.”

At the meeting, Baird defended his company over the growing costs.

“We really seem to be under attack,” Baird said, referring at one point to the Malheur Enterprise. “I want to make it very clear that AP didn’t pick this site. The site was given to us and we were told to make it work.”

He said the farmland bought by Malheur County for the project had “significant soft soils that we didn’t explore or we didn’t expect.” He explained such soft ground had to be dug out and replaced with heavy rock and special construction material to hold trains and trucks without sinking.

Baird cited recent discoveries related to roads and one of the rail spurs needed for the reload center. He said a road intersection and that rail spur “both appear to be at the location of an old river channel, and the soft soils were deeper here, requiring more rip rap than estimated to reach a suitable firm base foundation for construction,” he said in his written report.

The engineer also again detailed how the project was $9 million short of what is needed to finish it. He noted that $3 million of that has now been provided by the Legislature, but there continues to be confusion about what it will buy.

He said the money would cover the costs only to put in the foundation and raise the steel shell of the 60,000-square-foot warehouse building.

“It won’t have anything in it and it won’t be equipped,” Baird said. “The building will be empty.”

Findley, a Republican from Vale, had insisted otherwise in discussing the project with the legislative Emergency Board, which handles state funding needs when the Legislature is not in session. In remarks that were recorded, Findley assured his colleagues that $3 million would get the project done. He said statements that another $6 million would be needed are “simply not true.”

The senator hasn’t responded to written questions from the Enterprise about his misstatements, but they got attention at the development company’s board meeting.

Mike Walker, an Adrian farmer seeking appointment to the development company board, urged those on the board to watch Findley’s comments. He said the remarks were “either confusing or delusional, I’m not sure which.”

Smith, also a state representative, responded, “Mike’s comments are exactly correct,” adding that, “I don’t think I or the board can speak for the senator. And so those are the senator’s comments.”

Findley serves on the development company board but has not attended recent meetings.

He did host legislators for a tour of the rail project on Aug. 23.

Baird said in his Sept. 28 report that he talked to Findley’s group.

He said he described that $6 million “is still the additional funding needed to wrap up the project, as we presented at the recent site meeting with state senators and representatives.”

Smith advised the board that he was surprised that analysts with Legislative Fiscal Office had recommended not giving the project the emergency $3 million.

“What they wanted us to do is come back in the next legislative session for an even greater amount,” Smith said.

The written review by the analysts, however, recommended legislators “defer” until the 2023 Legislature the request for the $3 million, noting the uncertainty for how project leaders intended to cover the remaining costs to finish the project.

Your guide to the Treasure Valley Reload Center – get the history, purpose and status

Findley tells legislators that extra $3 million will finish rail center, get it running

Smith agrees to stay on as project manager of rail reload project for $9,000 a month

This article was originally published in the Malheur Enterprise. 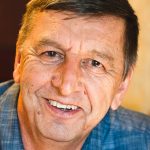 By Les Zaitz - The Enterprise

Les Zaitz is editor of Salem Reporter and also serves as editor and publisher of the Malheur Enterprise in Vale, Oregon.