A federal judge will decide early next week whether to temporarily halt a voter-approved Oregon firearms law from taking effect Dec. 8, as court challenges against it proceed.

U.S. District Judge Karin J. Immergut heard arguments Friday about Measure 114, which will limit sales of some high-capacity ammunition magazines and require safety training before purchasing a gun. The measure has attracted widespread opposition from firearms owners, as well as several rural sheriffs who say it’s unenforceable and will cut into scarce law enforcement resources due to training and administrative requirements.

The audience in the packed courtroom in Portland’s federal courthouse included Union County Sheriff Cody Bowen, one of the plaintiffs who has joined the Oregon Firearms Federation, the main plaintiff in the lawsuit. The federation calls itself Oregon’s “only no-compromise gun rights organization.”

The group sued Oregon Gov. Kate Brown and Oregon Attorney General Ellen Rosenblum to block the law, saying it infringes on the constitutional right to bear arms under the Second Amendment. The suit also specifically challenges the measure’s ban on ammunition magazines with more than 10 rounds, saying those are needed for self defense. The case is one of several that seek to overturn the measure.

Immergut’s decision, expected Monday or Tuesday, won’t be the final word on the matter. A decision to halt the measure would last only until courts decide the underlying legal challenge.

John Kaempf, a Portland attorney for the plaintiffs with Kaempf Law Firm, urged the judge to keep the measure from going into effect as the case proceeds, arguing that it would simply preserve the “status quo” and not make anything more dangerous.

“There’s not going to be some mass shooting just because the law stays the way it’s been for a long time,” Kaempf said in court.

He also said large-capacity magazine regulations are necessary for people to defend themselves, a key part of the Second Amendment.

“People are more able to defend themselves if they have magazine rounds in excess of 10 rounds,” he said, giving an “ambush in the dark” as an example.

Separately, there is widespread concern among some sheriffs and gun dealers that the state will be unable to put the measure’s requirements into place on Dec. 8 with a system to process permits and meet other requirements, like a designated trainer. Some in the courtroom’s audience burst out in chuckles when Brian Marshall, a senior assistant attorney general representing the Oregon Department of Justice, told the judge Oregonians will be able to apply for a permit on Dec. 8.

Marshall argued that the balance is on the state’s side, with its sovereign interests as “instructed by the people” to enact laws as well as public safety.

“To the extent that large capacity magazines create a risk of a single individual killing large numbers of people, that is relevant,” he said.

The judge combined Friday’s hearing with another lawsuit that seeks to halt the law. That second lawsuit, filed by the national Firearms Policy Coalition, also seeks a temporary restraining order to halt the law and challenges the measure’s ban on magazines with more than 10 rounds.

Bowen, the Union County sheriff, said after the hearing that he understoods from Oregon State Police that his office will need to use fingerprint cards to process the permits that will need to be mailed in to state police for processing. His office can order those fingerprint cards, but he considers it obsolete technology. He expressed doubts that the state’s system will be operational on time.

The rural eastern Oregon sheriff expects he’d need two positions assigned to handle permits and training, at a cost of $225,000 in payroll and taking limited resources away from patrols.

Oregon State Police Superintendent Terri Davie, in an interview with the Capital Chronicle earlier this week, said the agency will have a system ready and in place on Dec. 8, but declined to reveal any specifics about how it will work. Davie also declined to say what still needs to be done in the coming days to prepare.

“There are a lot of unanswered questions, and we’re working through this,” Davie said.

The state police agency is not a defendant in the litigation.

The agency will need to pick a platform for the system, a long-term goal expected to take several years. Pressed for specifics about how the initial system will be ready in less than a week, Davie declined to offer any.

“I’ve already told you we’re working on it,” Davie said. 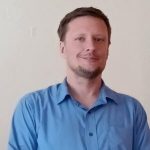