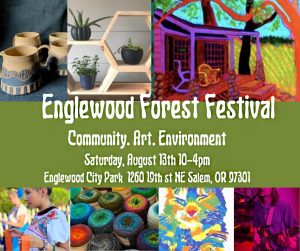 The Chemeketa Community College car choir had its largest audience yet Sunday as the singers took their show on the road to Capital Manor in west Salem.

There, hundreds of residents at the retirement home could turn on their closed-circuit TV channel to hear the students perform Irish and Scottish songs to a slideshow of photos.

Down below eight students sang from inside their cars into a microphone that broadcasts wirelessly to a mixer, which collects the voices together, then broadcasts the song back out on shortwave radio and to the TV channel.

“They were so excited,” said choir director Kerry Burtis of the residents. “Capital Manor has been a strong supporter of the college and it was a natural choice for me when I decided to take this show on the road.”

He said it was the choir’s first performance off campus after he started the program in January. The choir had a spring concert in March on campus and plan to have another concert at Capital Manor in June.

A video of the car choir performing at Capital Manor. (Courtesy/Bryce Tomlin)

During the show, Burtis said some residents waved out their windows, grateful for the entertainment after a year stuck inside.

Even though the performers couldn’t interact with the audience or hear applause, Burtis said he still talked to the residents in between songs.

After the show, Linda Burks, resident life coordinator at Capital Manor, emailed Burtis to tell him how pleased she was with how the show sounded.

“From your voice, to the singers and the instruments – it all came through beautifully. It was a fun selection of crowd-pleasing numbers and your choir and soloists did the music proud. I hope you and the choir enjoyed performing for us as much as we enjoyed having you. Since we have a community of just under 500 residents, I suspect your audience was in the hundreds even though you could not see them or hear their applause,” Burks wrote.

A video of the car choir performing at Capital Manor. (Courtesy/Bryce Tomlin)

Salem Reporter counts on community support to fund vital local journalism. You can help us do more.