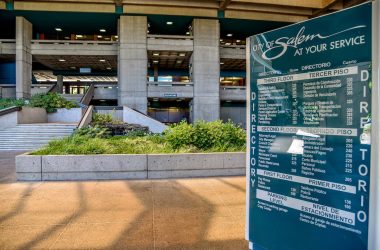 A new fee on utility bills and a tax on Salem-based workers to help Salem’s strained general fund is moving forward. The Salem City Council Monday voted to proceed with the two mechanisms, which could generate about $16 million per year to pay for police, firefighters, parks, the library and[Read More…] 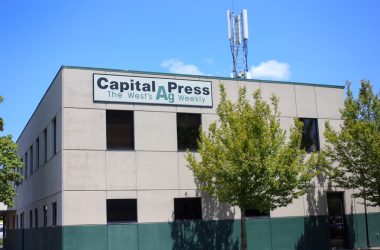 The former home of the Capital Press, at 1400 Broadway St. S.E. The building is now owned by Salem Alliance Church and could soon be the temporary home of Salem Public Library. (Troy Brynelson/Salem Reproter) After months of searching, the city of Salem may have found a temporary home for[Read More…] 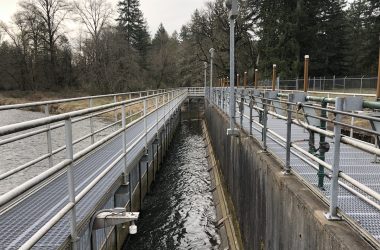 The intake area of Geren Island, where water from the North Santiam River flows to become drinking water. Water here is on its way to be treated with powdered-activated carbon, if such treatment is underway. (Troy Brynelson/Salem Reporter) When Senate Republicans absconded last week, they not only took away a[Read More…] 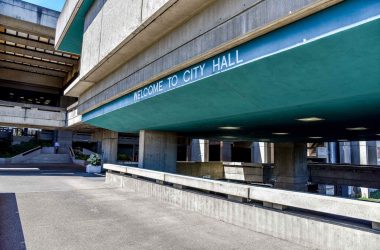 By the numbers: what Salem City Hall is doing with your money 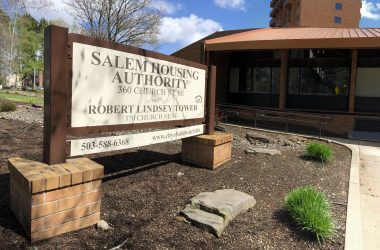 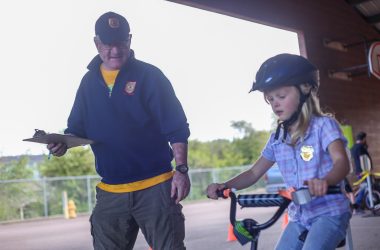 Salem commuters expected to stick with cars, skipping bikes and their own feet

Hersch Sangster teaches a bike safety class at Harritt Elementary School last Friday. A former state worker who bike commuted to work for three decades, he said he wasn’t surprised by a study saying the city won’t add more cyclists in the next 15 years. (Troy Brynelson/Salem Reporter) At Harritt[Read More…]

Salem City Hall (Salem Reporter files) The city of Salem has hired a chief financial officer, an ostensibly new position of budget expertise, the city announced Monday. Robert Barron started Monday, according to the announcement. He will oversee the city’s budget in a time of rising costs, which have led[Read More…] 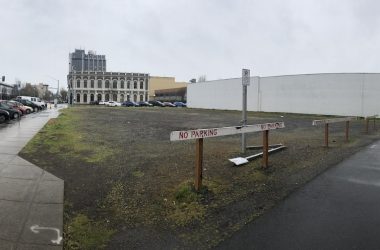 The size of the proposed Nishioka Building, projected to bring 150 units to the corner of State and Commercial streets. The project could receive urban renewal money worth nearly $750,000. (Troy Brynelson/Salem Reporter) In a move to usher more housing and homeless services into the city of Salem, $1.5 million[Read More…]

May 29, 2019 by Troy Brynelson - Salem Reporter Comments are Disabled 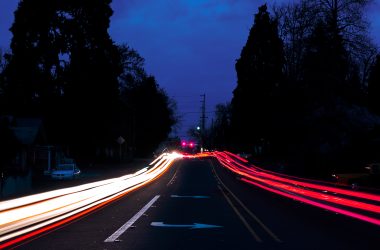 (Caleb Wolf / Special to Salem Reporter) Salem Councilor Chris Hoy stood in his yard last week, in the 80-degree heat, frustrated by budgets. It was May 9, the day after the Salem Budget Committee recommended a budget for the next fiscal year that did not include money for a[Read More…]

May 17, 2019 by Troy Brynelson - Salem Reporter Comments are Disabled 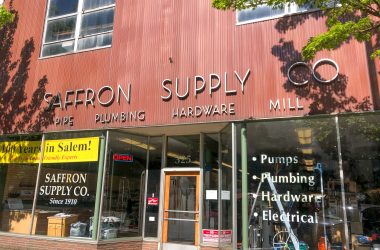 The Saffron Supply Co. building, which the city of Salem officially acquired March 29. The retailer has operated out of the building since 1935. (Troy Brynelson/Salem Reporter) A future where the current Saffron Supply Co. and Union Gospel Mission buildings are rebuilt into mixed-use buildings is closer at hand, as[Read More…]