Demonstrators break the glass on a door to the Oregon State Capitol during a special legislative session in December 2020. (Saphara Harrell/Salem Reporter)

An Albany man accused of attacking journalists during a violent protest last December at the Oregon Capitol accepted a plea deal on Dec. 9 and was sentenced to a month in jail.

He was sentenced to 30 days in jail and three years of probation. He may receive credit for time served on the jail sentence, according to a judgment. A riot charge and second menacing charge were dismissed as part of the plea deal.

Roberts was accused of "engaging in violent, tumultuous and threatening behavior," damaging a glass door on the right side of the Capitol the afternoon of Dec. 21, court records show. He was also accused of harassing Statesman Journal photographer Brian Hayes.

Roberts pleaded guilty in August 2019 to menacing in Marion County Circuit Court and was sentenced to a week in jail and two years of probation. He had punched a wall above the head of his then girlfriend, a probable cause statement reads.

Roberts was one of at least five people arrested by the Oregon State Police for crimes related to the event. A demonstration organized by Joey Gibson brought an estimated 200 people to the Capitol as legislators met in special session. Several demonstrators, demanding the state rescind Covid restrictions, made their way into the Capitol, which was closed to the public at the time.

State police said officers were sprayed with a chemical agent by a demonstrator while they were inside the Capitol. 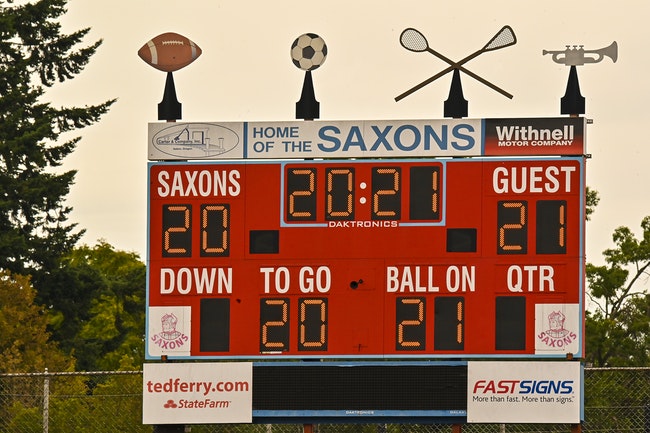 Salem high schoolers won't have to take the bus across a mountain range to play sports starting next fall.

The changes take effect for the 2022-23 school year and will be in place for four years.

That means local high schools will compete against each other and won't have to travel to Bend for games, a topic that's been a source of frustration for many parents and athletes since the current conferences were announced. Currently, five district high schools are in a conference with Bend-La Pine high schools.

“The schools came and testified early on about not wanting to go to Bend," said Peter Weber, spokesman for the association. But he said the change also reflects Bend-La Pine opening a fourth high school which has lowered enrollment at other district schools enough to bump them down to 5A.

Under the new system, McKay High School will drop down to 5A, despite being the largest high school in the district. Weber said the association allows schools “that have a lack of success in their programs” to petition to play down in a classification for smaller high schools. McKay successfully petitioned to do so, he said.

Nine local businesses were honored Wednesday during a Strategic Economic Development Corporation ceremony celebrating their contributions to the region’s industry.

“This is our chance to shine a light on those who went above and beyond to serve their customers, their employees, and their communities over the past year,” said an event preview.

Winners are listed below:

Agri-business of the year: E.Z. Orchards

Business partner of the year: Mid-Willamette Valley Council of Governments

Entrepreneur of the year: Parallel 45 Brewing

Innovative product of the year: OregonCBD

Manufacturer of the year: DCI International

Give a Gift Subscription