Is a recession around the corner?

Normally the answer would be “not likely.”

But times aren’t normal, so the answer, at least for now, is “more than likely.”

Let’s see how this works.

First, the good news: Employment growth over the year has been positive, unemployment rates are still low, and inflation is slowing down some.

From January through October 2022, the U.S., Oregon, and the metropolitan areas of Oregon, with the exception of Salem, have consistently added employment (see graph at top).

But what’s up with Salem? We need to explain this because it’s likely that Salem is seeing employment growth too, in spite of the data showing otherwise.

Monthly employment estimates are produced by surveying a representative sample of businesses. The national sample is large and reliable, as is the sample used to estimate employment for the state of Oregon. The Salem Metropolitan Statistical Area (Marion and Polk counties combined) sample of businesses is much smaller.

Salem’s economic trends usually track well with what is happening in other Oregon metro areas and the state as a whole. When they don’t, as is the case currently, it’s reasonable to assume that the small sample size is likely the issue.

We’ll know more in a few months when the monthly employment estimates are revised using the quarterly employment and earnings reports that all employers file with the Oregon Employment Department.

All this is a long way of saying that Salem is most likely adding employment similarly to Oregon and the other metropolitan areas.

What about unemployment? Haven’t the unemployment rates been ticking up lately? Here’s a brief recap:

These unemployment rates are still among the lowest on record.

More good news is that the unemployment rates for those job seekers having the most difficulty finding jobs (people with disabilities, and with educational attainment of less than high school, for example) are at historic lows.

There’s good news for lower-paid workers who struggled over the pandemic – their wages are up. Overall inflation-adjusted wages declined slightly from October 2021 to October 2022. But earnings for the lowest paid workers almost kept pace with inflation, increasing more than 7% over the year. Employers having difficulty hiring workers at the lower end of the pay scale have had to raise wages to attract job applicants.

There’s some relief for employers too. According to the national Job Openings and Labor Turnover Survey for October, job openings were down over the year in almost all industries with the exception of health services and construction.

And, the rate of workers quitting their jobs is down over the year in almost all industries, with the exception of the leisure and hospitality industry, and more specifically, motels, hotels and restaurants, where quit rates are still high.

Lately it’s been difficult to do that. Over the summer inflation was coming in at 8% over the year. What that means is that if you received a 5% pay raise, you were really looking at a 3% pay decline.

Conventional wisdom is that the current level of inflation is bad for the economy – although if you are a Social Security recipient, you will be getting the biggest cost of living adjustment in your check since 1981. And if you have an IRA, it is earning more than it has in years. Of course, you’ll need all this to keep up with rising garbage, sewer, water, electricity and natural gas rates, to name just a few items that are going up over the next few months.

The Federal Reserve Board (the Fed), the central bank of the United States, has been committed to getting inflation under control by using what is called “monetary policy” – that means effectively raising interest rates. This action risks putting the economy into a recession, because borrowing becomes more expensive for consumers and businesses. Businesses will cut costs and layoffs will result.

What is the likelihood of the Fed’s actions putting the economy into recession?

In the most recent Oregon Revenue Forecast of early December, state economists changed their prediction of a recession from a “maybe” (in the September forecast) to “more likely than not” in December. Interestingly, they go on to say that “…this change…in the forecast is not due to any fundamental deterioration in the economy in recent months…”

Of course, there hasn’t been any deterioration – in fact, there’s been healthy growth.

So why are they changing their prediction? Because of certainty that the Fed will continue to raise interest rates and increase the likelihood of recession to a sure thing.

On December 2 another closely watched economic indicator was published – the national employment numbers for November. Sure enough, there was another substantial increase in employment.

Normally, this is welcome news. However, we are not in normal times, so the news is being greeted as a sign that more aggressive Fed action will be coming down the pike – because the economy is too healthy and over-heated.

The resulting recession will hopefully be a mild one.

These are weird economic times.

Pamela Ferrara of the Willamette Workforce Partnership continues a regular column examining local economic issues. She may be contacted at [email protected] 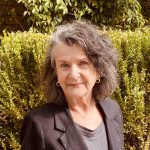